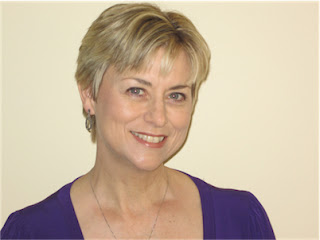 I’m delighted to introduce mystery author Barbara Ellen Brink today. Although I’ve known Barbara for a few years, we’ve never met in person. Barbara is one of those extraordinary people I’ve encountered through social networking. I remember reading her first book, Entangled, shortly after its release.

Barbara has gone onto produce a number of books including the bestselling Fredrickson Winery Novels. Her young adult series, The Amish Bloodsuckers Trilogy, was mentioned in NewsWeek Magazine as "a welcome departure from the typical Amish fare," and is now optioned for a screenplay! Her speculative thriller, Split Sense, won the 2012 Grace Award, and the following year her young adult novel, Chosen, was a finalist in the Grace Awards.

Barbara loves riding motorcycles, hiking, and reading thrillers that keep her up at night. Faith, family and friends are what keep her going...along with a habitual shot of chocolate at least once a day. 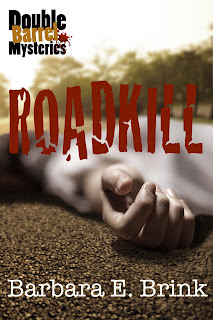 Tell us about your book.

I released ROADKILL this past spring. It is the first in a brand new series I’m working on called, Double Barrel mysteries. Set in Michigan’s Upper Peninsula along Lake Superior, the tiny little town of Port Scuttlebutt, is the place for murder.

Blake and Shelby Gunner are my married sleuths. He is an ex-detective, who was once with the Minneapolis Police Department, and she is an actress of dinner theatre fame who, as her husband says, “speaks Shakespeare as a second language.”

After a shooting that resulted in a crippling injury and his need of a cane, they decide to move back to Blake’s home town where crime and shootings are pretty much nil and void. But not long after arriving in town, they are pulled into a hit-and-run cold case that puts them both in more danger than this little port has seen since the Civil War.

Did you incorporate any real life experiences or settings into the story?

My husband and I have visited the U.P. a number of times, both in the summer and the fall. It’s beautiful when the leaves are changing and the Great Lake is choppy and grey, and another kind of beautiful when the water is blue like a sheet of glass, reflecting sky and sun. The tiny little towns we stopped in were much like my imaginary Port Scuttlebutt. Café’s and antique shops, fishermen and miners. The last time we were there I told my husband I was going to write a series set along Lake Superior. It just seemed like the perfect place for murder mysteries. I took a lot of pictures so I could remember details and when I’m writing I take them out and look at them from time to time. They are great inspiration.

What are the pros and cons of writing a series?

Writing a series is like going home. I’ve already gotten to know these characters, and although they tend to grow and change with each story, they are still basically the same people. It’s familiar territory and I slip right back into their heads with ease. A series is also very popular with readers because they fall in love with certain characters and want to continue to visit their old friends.

The cons of this can be tricky. Sometimes writers get too familiar with their characters and/or lackadaisical with the writing, as though they no longer have to be fully engaged. Sometimes the stories start feeling like a rehashed episode of Murder She Wrote. Another con would be if I had someone like Kathy Bates in the movie Misery as my “biggest fan.” I could NEVER end that series safely, right?
What are you working on right now?

I am working on the second book in the Double Barrel Mysteries. (Still untitled at this time.) Blake and Shelby Gunner have officially become private eyes and opened Double Barrel Investigations. Their first case is to solve the murder of a local man’s ex-wife before he’s convicted of the dastardly deed. It could be tricky, since her body was found buried beneath his woodpile.

ROADKILL can be purchased at: