Kristina Stanley's Back With a New Novel!

It’s my very great pleasure to welcome back mystery writer Kristina Stanley. Kristina has just released her third installment in her Stone Mountain Mystery series, and today she’s talking about writing a third book in a series.

For those who missed her first appearance, here’s a little bit about Kristina: 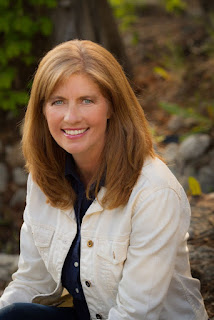 Kristina Stanley is the best-selling author of the Stone Mountain Mystery Series. Her first two novels garnered the attention of prestigious crime writing organizations in Canada and England. Crime Writers of Canada nominated DESCENT for the Unhanged Arthur award. The Crime Writers’ Association nominated BLAZE for the Debut Dagger. Her short stories have been published in the Ellery Queen Mystery Magazine and The Voices From the Valleys anthology. She is also the author of THE AUTHOR’S GUIDE TO SELLING BOOKS TO NON-BOOKSTORES.

Before writing her series, Kristina was the director of security, human resources and guest services at a resort in the depths of the British Columbian mountains. The job and lifestyle captured her heart, and she decided to write mysteries about life in an isolated resort. While writing the first four novels, she spent five years living aboard a sailboat in the US and the Bahamas.

Find out more about her at www.KristinaStanley.com.

Thank you, Debra, for having me on your blog today. It’s an honor to be here and share your space.

Writing The Third Book In A Series by Kristina Stanley

An avalanche buries a man. The pressure from the snow is so great he can’t wiggle his toes inside his ski boots. His own breath will slowly kill him as his oxygen transforms into carbon dioxide. The deeper he breaths, the faster he will die.

DESCENT: Is the skier dead?
BLAZE: Will Kalin find Chica (her dog) who is lost in the forest fire?
AVALANCHE: Will Roy be rescued before his air runs out?

These are not the main plot questions. They are questions about the inciting incident, which will lead to the main plot. I’ve been consistent with my opening structures, so a reader knows what to expect when s/he picks up a Stone Mountain Mystery.

While writing a series, you must consider your readers. If a reader has moved on to read book two in the series, that is a huge compliment. So you don’t want to disappoint the reader by changing the style or voice you write in. With a stand-alone novel, an author has the luxury of choosing any point of view, any voice, or any tense that best fits the story. With a series, you must be consistent in these areas or you might lose a reader.

By the third book in a series, the reader will be familiar with your style and be looking forward to the adventure you’ve created for them. I write the Stone Mountain Mysteries in close third person point of view with multiple point of view characters. It wouldn’t be enjoyable for a reader if I changed this for the 4th book.

When you start writing that first novel, keep in mind it may become more. Characters and settings have a way of intruding on your life and taking over. 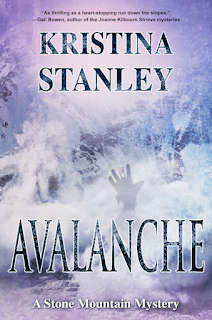 On a cold winter morning, the safe at Stone Mountain Resort is robbed, and Kalin Thompson’s brother, Roy, suspiciously disappears. As Director of Security, Kalin would normally lead the investigation, but when her brother becomes the prime suspect, she is ordered to stay clear.

The police and the president of the resort turn their sights on Kalin, who risks everything to covertly attempt to clear Roy’s name. As threats against her escalate, she moves closer to uncovering the guilty party. Is Kalin’s faith in her brother justified? Or will the truth destroy her?

AVALANCHE: myBook.to/Avalanche (on sale for a few more days only.)

Posted by Debra Purdy Kong at 9:16 AM

Thank you for hosting today. Avalanche was released yesterday, so today I'm hanging around being happy.