The Many Reasons For Keeping a Journal 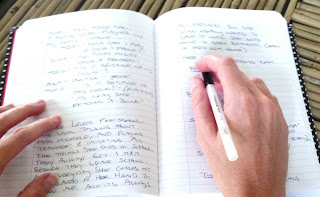 I believe that everyone has a story. Some of the best ones I’ve read came from members of critique groups who were writing their life stories to pass along to their grandchildren. Those stories were filled with captivating details about times and places long gone. How did they do it? Aside from great memories, most of the writers kept journals. The ability to revisit times and places through old photos and the written word was invaluable.

I’ve kept a journal for most of my adult life. It began with boyfriend and school issues, then slowly progressed to work challenges, and later parenting ups and downs. Lately, I’ve discovered another reason to keep a journal. In fact, I’ve started a second one which has nothing to do with me as a writer, but as a daughter.

I call it the dementia journal. Our family saga began two and a half years ago, when my sister and I realized that our mother’s cognitive skills were diminishing. It seemed like a good idea to record what we were experiencing. I’ve since learned that journal records can give healthcare professionals better insight as to what’s happening.

Journals have many purposes, and not all of them are about writing fiction or memories. You don’t need to be a professional or even a passionate writer to note things down. But you can jot down a few lines about a memorable vacation or event. How about keeping a food journal filled with great recipes you’ve experimented with? What about writing down goals, or challenges to help you focus, or put things in perspective?

In his blog, Benjamin P. Hardy outlines several potential benefits when one starts to keep a journal. It’s never too late to start.

Posted by Debra Purdy Kong at 11:00 AM 0 comments Links to this post

If you don't know what a Mary Sue is, go read this discussion on fanfiction.net. You still won't know, but you'll be highly entertained.
A Mary Sue is, by general consensus, a female character who irritates people other than the author by drawing all the attention to herself. True Mary Sues are adorable to the other characters and/or to the reader (in the writer's mind, at any rate) because she's perky and perfect or a lovable goof-up who nevertheless saves the day. True Mary Sues exist only in fan fiction -- stories set in established universes like Star Wars, Star Trek, Tolkien's Middle Earth. Hard core fans of those universes resent these upstarts' hogging the limelight and warping the stories/personalities of the official characters.

Some folks claim that, if the official stories and personalities aren't warped, the new character isn't really a Mary Sue.

NOW, as someone points out in the discussion I linked, sometimes the character labeled a Mary Sue fulfills the author's fantasies: She battles bad guys. Or she has a romance (preferably doomed) with an official character. Or she saves an important person's life. And she's the main character of the story, driving the action and solving all the things!

AND, as someone else pointed out in the discussion, and I think this is my point, although I'm never sure, all our characters are pieces of us, living out fantasies of what we would do if we were in various situations. But kind of not.

It's fun to write #menotme characters who get into and out of scrapes in other people's universes and wrap the narratives around themselves. And there's nothing wrong with doing that, if it pleases you. Just do it on purpose, because you choose to do it, not because you don't know any better. And expect some people to call your character a Mary Sue and sneer at her. Because folks are like that, sometimes.

Me, I've done it. And I've extracted my Mary Sue, changed all the official characters, and given her her own book. ha!

The Power and Importance of Reading 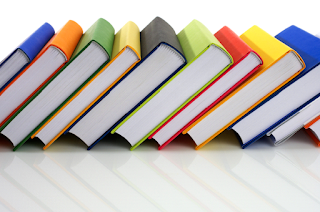 From an early age, I’ve loved to read. Books kept me company in a life that involved frequent moves, and were solace when family life was tough. Although I didn’t plan to become a writer, a love for the written word and a good imagination found me delving into the world of fiction.

Reading has many benefits. One study says that readers live longer. An article in Blinklist states that the common link among the world’s high achievers isn’t IQ or luck, it’s a love of reading. Warren Buffet, Bill Gates, Elon Musk, and Mark Zuckerberg, for instance, are all avid readers. I’m not saying that they read fiction, but that they make a point to read daily and often learn something new nearly every day. How cool is that?

I’ve learned a lot about the craft of storytelling by reading thousands of works of fiction and books on writing. I’m turning to other types of nonfiction these days, and I can’t wait to learn many more things.

By the way, for those of you who love to discuss books, I belong to three great groups on Facebook. All are well moderated, so the discussions usually stays friendly.

Posted by Debra Purdy Kong at 6:48 PM 0 comments Links to this post 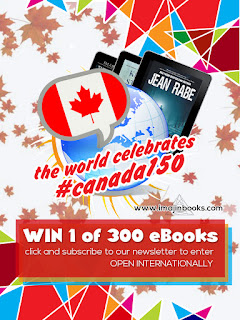 Winners will be selected from subscribers and will be able to choose their ebook prize. This is a great way to add to your summer reading collection, for free!

To enter, go to http://www.imajinbooks.com/ibic